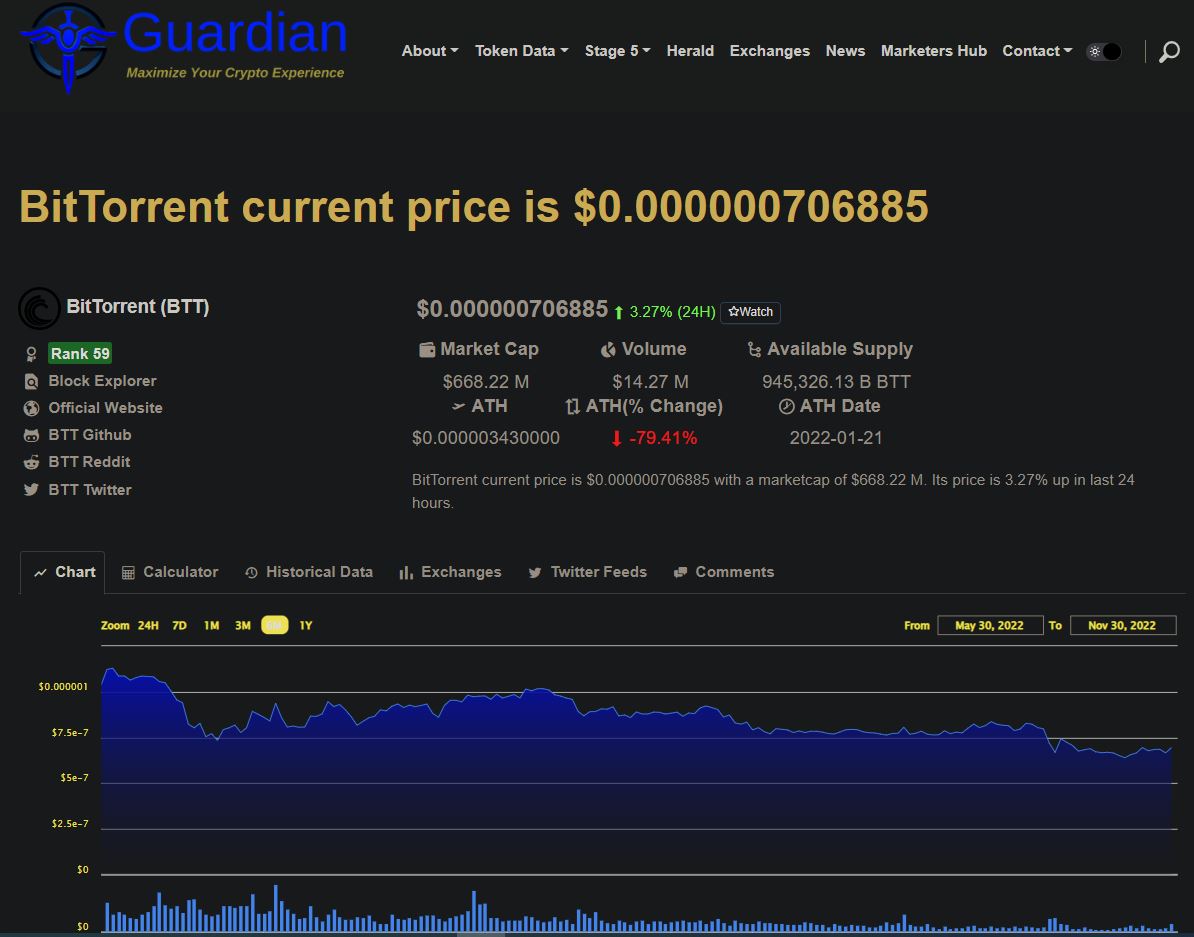 Guardian Platform commenced work on a major milestone during Q4 2022, one that is exceptionally important to the platform’s use, growth, and continued integration. This particular milestone is also critical to the continued development of multiple components based on integration dependencies and feature/utility requirements.

– Expansion of token/coin prices out to 12 places after the decimal, which greatly expands the ability to display accurate prices for assets utilizing both 9 and 18 character price models.
– Integration of a new chart with a better UI and 5 chart timeline options (24H, 7D, 1M, 6M, 1Y). Enthusiasts who want to conduct detailed chart analysis with dozens of popular indicators and asset comparisons can utilize the Technical Analysis Charting feature on the platform.
– Dynamic asset search feature to narrow down search results based on entered criteria in the search field.
– Twitter Feed for every project that includes its twitter account link on CMC. This feature on Guardian Platform allows users to view current twitter posts directly from that token’s page without leaving the site. Clicking on the tweet will redirect the user to Twitter in a separate browser window.

The team is working on one additional bonus feature for the Token Data page that will be released separately in the next few weeks.